With neither West End or East End well supported they both struggled to keep themselves afloat;

By the summer of 1892 West End's financial position had become untenable and the directors decided to throw the towel in and offer the SJP to their rivals from the East.

As SJP's position and limited facilities gave better potential for growth East moved West during the summer of 1892 in preparation for the new season.

The Football League had been formed in 1888 and East End officials decided to apply. The League was introducing a second rung for the first time and offered East End a place in Division 2.

Concerned about the travelling expenses and that the opposition wouldn't attract sufficient supporters the club decided to stay in the Northern League.

The club believed that fans would be more likely to turn up for prestige friendlies against Scottish and First Division clubs.

But with the club struggling to attract support they decided on a name change and in December 1892 Newcastle United was born. At the end ot f that season and with the club in a perilous financial state they decided to accept the Leagues offer of a place in the Second Division.

United played their first League match away against Woolwich Arsenal at Plumstead on September 2nd 1893; the game ended in a 2-2 draw. It would take them five seasons to get promoted and even then it was a fortuitous back-door entry.

Matches in those days were often declared void as a result of poor light conditions. As a result East and West played each other four times that season with two void games. In the games that counted they drew 2-2 at SJP while East End thrashed their rivals 7-1 at Chillingham Rd.

In December West End had a 9-0 victory over Stockton; the match was voided and Stockton won the replayed match 4-0!

East End had a relatively succesful season. They made it through the qualifying rounds to reach the FA Cup proper for the first time (they lost to Grimsby) and finished fourth in the Northern League.

In contrast West End finished second bottom with only eight points and had been thrashed by their rivals from across Town on no less than five occasions. By the end of the season the club was virtually insolvent and they took the decision to wind the club up and offer the SJP lease to their rivals from the East.

There were only six teams in theNorthern League that year and East End had a decent season in which they finished runners-up. They were knocked out of the FA Cup by Middlesbrough in the First Qualifying Round. The cp game was the first competitive match under the Newcastle United moniker.

They played thirty six friendlies including a numer of prestige games against Division 1 teams and teams from North of the Border. The matches that generated the most interest were those against Glasgow Celtic and three games against Sunderland.

In their first season in the Football League (1893/94) United started slowly but ten wins in their last thirteen games secured a very creditable fourth spot. A year later a turnaround in fortunes saw a disastrous end to the campaign culminating in a record defeat in the last game.

They improved to finish 5th in both 1894/95 and 1895/96 and then in the following season they finished second. At that time the runners-up had to take place in a series of Test matches. It looked as though United had lost out but after protests were made Division 1 was enlarged and The Toon werte in. 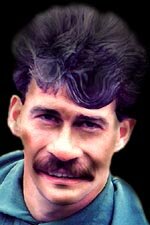 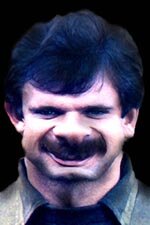 The West End directors ensured their futures with the main directors, Neasham and Black, both changing their allegiances and moving on to the East End board.

In December 1895 United made probably the most appointment in the history of the club when they recruited secretary Frank Watt from Dundee. "The Guv'nor" as he became known was an excellent administrtor and would be the club's saviour and guiding light in those early years.

The dissolution of West End meant that their players had to find new clubs; although Dave Whitton, Harry Jeffrey and James Collins all joined east End. 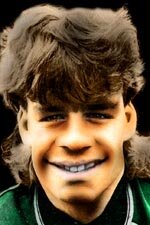 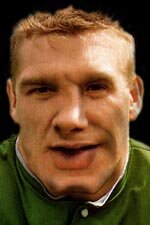 Even when there was only one club to watch the fans still failed to turn-up in sufficient numbers to cover expenses. The Northern League games in 1892/93 averaged around 4,000 and it was only selected friendlies that raised the crowds to 6000+

Playing in Division 2 had little or no impact and the club issued a statement statin gthat the "Newcastle public do not deserve to be catered for as far a professional football is concerned".

But things gradually began to improve and by the end of the decade the average gate was around the 15,000 mark.